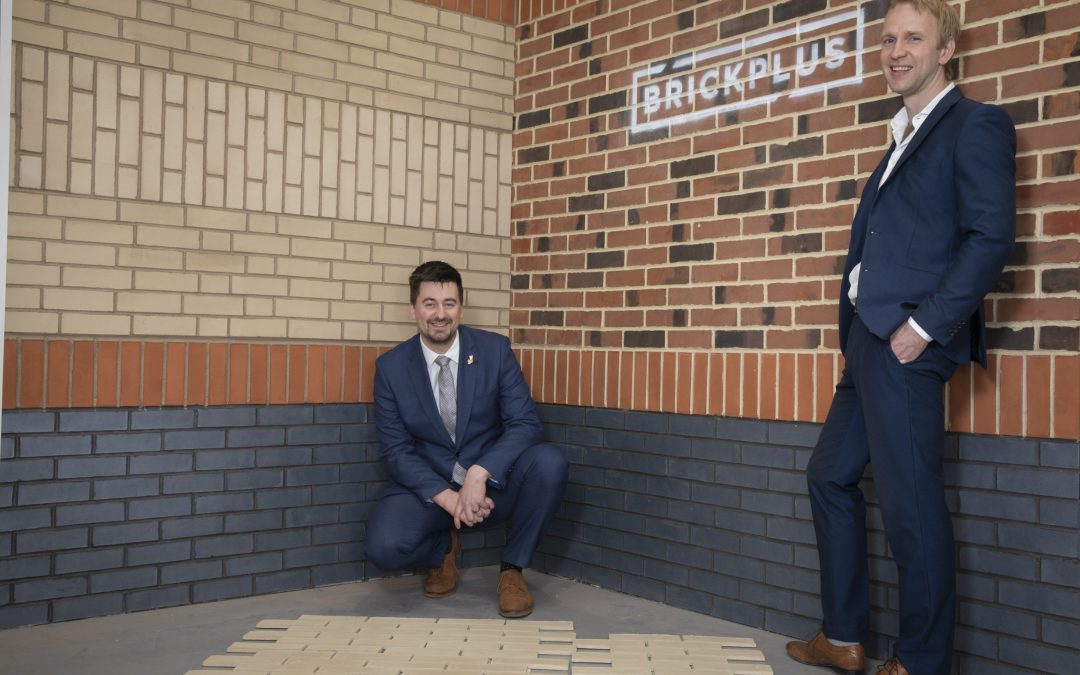 A North Wales company that’s revolutionising the construction industry is planning to create 75 new jobs after landing its biggest ever single contract worth £1.5 million.

Monolith has developed non-combustible, rapid-fit brick slips which significantly speed up the construction process and are now being used to clad a trio of high-end apartment blocks in Salford.

The site of the prestigious development is right alongside the gateway to Regent Road into Manchester – with 90 per cent of the apartments having been sold off-plan already.

According to Monolith, the BrickPlus: Pro system, which was developed in the wake of the Grenfell Tower disaster, has already been adopted by a number construction firms and property developers across the UK.

The Denbigh-based system was founded by one of Britain’s most successful businessmen, Stephen Waring, who lives on the outskirts of Holywell.

He is also the driving force behind the lawn treatment giant, GreenThumb, with its headquarters based in St Asaph and a further 220 branches across the UK.

The panels of 12 lightweight brick slips are fused into a mesh and according to Monolith they can replicate the look of any existing bricks or stone façades – or even create new ones.

The system can be applied to existing properties or used in the construction of new buildings.

After extensive testing, the product was given an A1 fire rating and was classified as 100 per cent non-combustible.

Mr Waring said: “Class A fire retardants have a flame spread rating of between zero and 25 meaning which means this system is effective against severe fire exposure.

“It provides the peace of mind for developers, specifiers and of the course the public are looking for and that certainly seems to be the case with the increase in demand for this product.”

The eco-friendly panels fit together like a jigsaw and can reduce labour costs by up to 75 per cent.

One of their customers based in Derby reportedly reduced construction time on two 15-storey student accommodation blocks by 18 weeks using the Monolith BrickPlus: Eco system as an alternative to traditional brick.

The BrickPlus: Pro system was given new momentum after Monolith teamed up with several high-profile clients, including Warrington-based Architectural Facades – part of industry colossus The Brickability Group – who brought them on board for the Greater Manchester development.

Construction is underway in Salford and different brick slips are being used on each of the three buildings.

Monolith Sales & Marketing Manager, Edd Wilson said: “The steel frame of one of the blocks is already up and they’re flying in terms of sales.

“The development of 525 apartments is in a great spot just as you’re driving on Regent Road on the entrance to Manchester. It’s a prestigious scheme in a prime location.

“In all they are using 20,000 square meters of our brick slips which means it’s the biggest single project in our history.

“They’re using three different types of our brick slips – one a buff colour, a striking red one and a black engineering brick as well so it’s a really great advert for the flexibility of BrickPlus Pro.

“The potential is huge. We’re now getting really serious enquiries from some big construction companies and we’re getting them daily at the moment, thanks to the industry presence being grown alongside Architectural Facades.

“Our production methods are easy to scale up very quickly so we can increase our output to meet the increasing demand.”

Edd also added that “in addition to this new contract Monolith are expecting/specified on a further £30m+ projects during the course of the next 2 years”.

The increasing demand for BrickPlus Pro means that Monolith is already starting to outgrow its factory in Denbigh where 20 people are employed.

As a result of this newest contract, Stephen Waring is planning to open a second production facility and  is aiming to create a further 75 new jobs in Denbighshire.

He added: “The beauty of this system is that it can work for listed buildings as well and we have already worked on the renovation of the Liverpool Institute of Performing Arts building where we replaced the damaged facade with matching architectural enhancements.

“The speed of application is very good for contractors because it can reduce their labour costs and increase their profit margins which is important in the construction industry in this time.

“Instead of fitting individual brick slips one-by-one, we have created a way of producing a pre-populated carrier with 12 brick slips on each one. That means their application is 12 times faster.

“We have a proven track record in assisting significant savings in bottom line costs and providing limitless architectural flexibility. It’s the best of both worlds.

“The potential of this goes far beyond Wales and the UK – the export opportunities are really quite incredible.”

General Manager Phil Gaffney said: “In the past few years, there has been a real shift in focus towards building eco-friendly, carbon neutral homes and BrickPlus Pro is the ideal product to meet the new, higher standards of construction whilst at the same time allowing developers to reduce construction costs.

“We can recreate the look and feel of really traditional bricks in any colour and texture or at the other end of the scale we can make uber modern looking brick slips in any finish you want.

“As well as being used as external cladding, they can also be used internally and are becoming increasingly popular with interior designers wanting to create feature walls.

“The possibilities are only limited by your imagination.”